We answered a call from a homeowner early in the morning about a squirrel that had become stuck in their fireplace. We arrived shortly after and were able to find it inside. The homeowner had stated that the fireplace had not been used in nearly 50 years. When we opened it we could tell that was the case. A huge amount of dirt, leaves, sticks and other debris were blocking most of the chimney. Because of this we were unable to grab the squirrel so all the debris had to be removed. Eventually grabbers were used and the squirrel was captured and relocated. 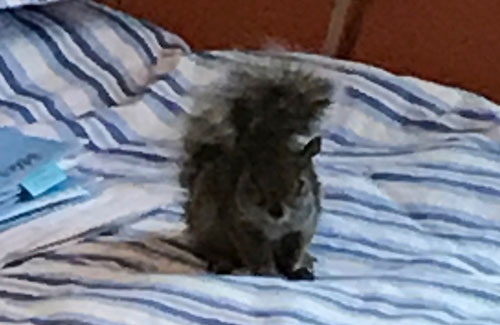