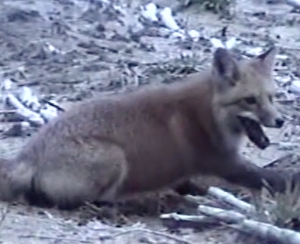 In Westchester the most common fox is the Red Fox. Typically these foxes will size from 14-20 inches to the shoulder and 18-35 inches in body length. Foxes are typically nocturnal but often hunt during the evenings and early mornings as well. Their diets mainly consist of small animals such as mice, birds, insects, fruit, squirrels, woodchucks and even chickens. Their mating season lasts only during a three week period during the Spring. Their kits (litters) often consist of four to six but can go as high as 13.

Killing chickens. The main problems foxes cause are consumption and damage of poultry and their enclosures. Aside from this they can den under peoples sheds and decks which generally isn’t acceptable to the home owner.

Foxes are Rabies vectors but can also carry other parasites.

A hazing program or scaring techniques are all that is needed to get foxes to leave their denning locations or the property of the client. On occasion for livestock damage, such as poultry, we will set up trapping programs.

If you see a fox on your property there may be a den. Being timid a simple solution to prevent them is to simply scare them from a small distance. Loud noises and fast movement such as waving your arms will often scare foxes away. Try not to leave any garage or food (bird seed included) as this may attract them.