Also known as the Common ground mole. Moles are often mistaken as rodents. In actuality they are insectivores with a diet consisting of earthworms and insect larva. A mole’s average size is 6–7 inches in length and a weight of 3–4 ounces. Moles are solitary except for breeding. Often thought of as completely blind moles actually have eyes which are hidden in fur. Their eyelids are permanently fused and can tell the difference between light and dark. Typically a litter can range from two to five. With a rapid growth period moles can leave the nest at four weeks and begin to burrow and shift for themselves. 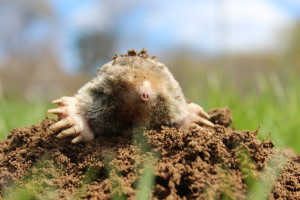 Moles can cause damage to almost all sorts of lawns and land. They are known to burrow beneath grass, flower beds, sod, soil and leave behind mounds and ruptured soil. They can inhabit any type of land with the exception of large rocky or gravely terrain. The reason for them inhabiting these specific areas is because of the abundance of invertebrates (earthworms, grubs and other insects larva) which makes up a bulk of their diet. 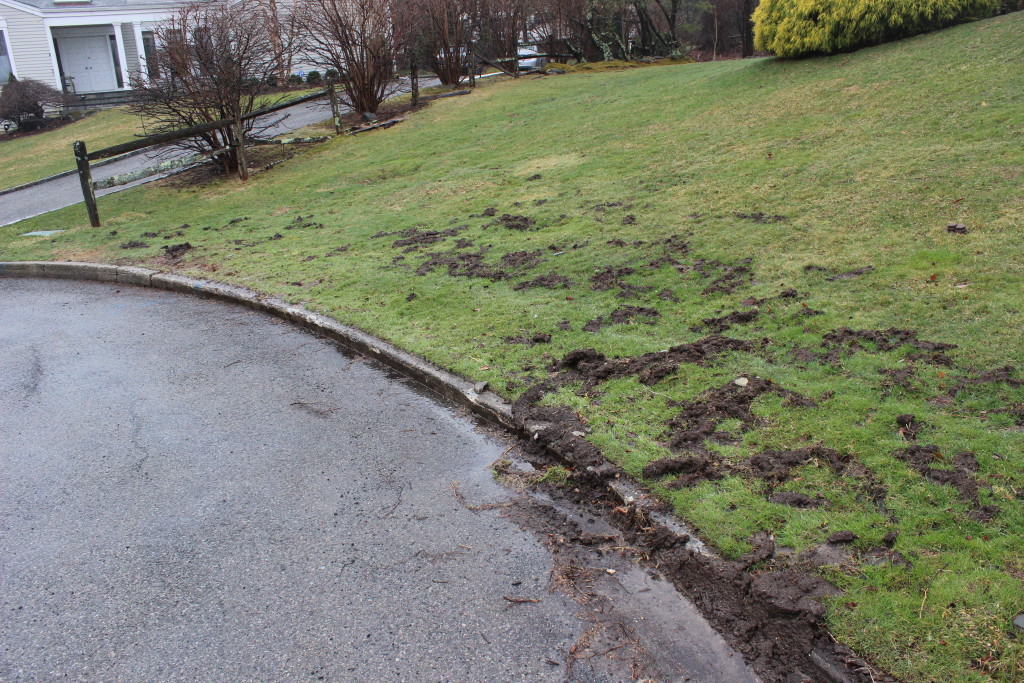 Moles are equipped with large, paddle like front feet with long claws which, enable moles to push through the soil, almost as if they were swimming through it. These tunnels provide moles with multiple feeding areas. They have been know to create up to 100 feet of tunnels per day. These tunnels can be found anywhere between three to 12 inches below the surface. 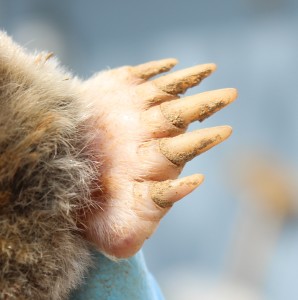 Intrepid Wildlife Services can identify mole problems and provide solutions. We will trap moles within their tunnel system using safe, species specific traps. Programs can effectively be completed in as little as one week.

Currently there is no true way to prevent moles. Wherever there are Earthworms there can be moles. If your property is heavily rocky you are less likely to have moles but even still theres a chance.

Quite often we receive a call from a client telling us of mole damage in their lawn only to find out that voles are the ones responsible. Unlike the mole, the vole is a herbivore (eats vegetation). Often damages that are viewed in the Spring are tunneling under the spring but above the surface of the grass. 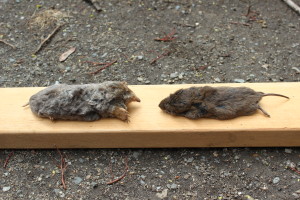 On the left a mole. The right a vole.