Coyotes can be found from as far south as Panama and as far North as Canada. Typically Coyotes travel in large packs (6-10) but usually hunt in pairs. Being nocturnal they most often come out at night but it is not unheard of to see them during the day time as well. A Coyote’s diet will usually consist of small prey such as Voles, birds, small mammals, and lizards to name a few. In addition to this they can pray on larger animals and will even eat fruits, nuts and plants. With females coming in season for only the span of a week between January and March their mating season is a short one. Typically a female will give birth to a litter of six sometimes more or less. A fully grown coyote will stand between 23 to 26 inches at the shoulder. Their maximum life span is around 14 years. 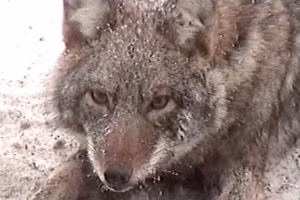 Coyotes primarily damage is that of loss of livestock. Coyotes will target livestock ranging from chickens and ducks to sheep and calves. Also during mating season Coyotes will burrow below the ground to give birth and raise pups. In addition to this the risk of coyotes attacking domesticated animals increases if a denning pair is in proximity to a home. The increase of dog attacks has lead to more socially unacceptable behavior from coyotes in an suburban setting. This is the primary reason for Westchester County residents to call for coyote removal. 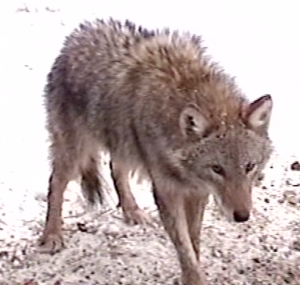 In addition coyotes are prone to Rabies. Click here to learn more about Rabies.

In Westchester County we have had multiple cases in which coyotes have attacked people, mostly children. This is what we consider a zero tolerance issue, special permits can be issued from the state for this removal. Some reasons why coyotes will attack people are: disease and Rabies issues, people walking or running with dogs near denning locations and habitual human feeding of coyotes. Because coyotes can live within suburban neighborhoods and in close proximity to large densities of people along with the fact that their populations have been steadily increasing over the last ten years the probability of a dangerous confrontation with them have increased.

As with all cases Intrepid Wildlife will come out to the site and complete a site assessment. From there we will set up strategic monitoring systems to evaluate travel patterns and determine possible locations. Upon completion we will set up a trapping program which includes more monitoring systems (camera and movement devices) along with non lethal traps. Due to socially unacceptable behavior traits these animals are never relocated, rather they are humanely euthanized.

Do not encourage feeding of coyotes, this will create more problems in the future. Make sure to bring in any and all pets at night. Don’t allow coyotes to reside under out buildings or decks as this could be the start of a denning site. If they become to comfortable they will make it their home for the season. If you see a coyote in your yard or property you should stay at a safe distance and make a lot of noise. Obviously, with sightings no children should be left unsupervised. 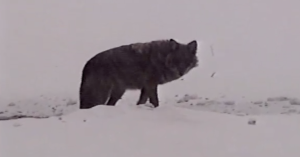