A client had described a very strong skunk odor in the front part of their house by their living room. Through an inspection Ray found a tunnel system under the snow, against the foundation by a porch. Two live traps were set up. As a result, two skunks were captured over the course of three nights. 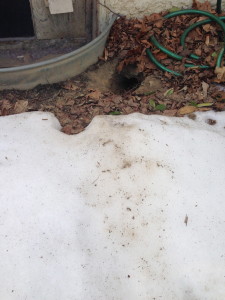