Early one evening we responded to a call about a squirrel inside of a bedroom. Once on scene we found the homeowners armed with a broom. We entered the room and found the squirrel behind a night table. With a gloved hand the squirrel was grabbed and secured in a trap. It was then safely removed from the home and relocated. It was then determined that the squirrel had entered by way of an unprotected chimney. 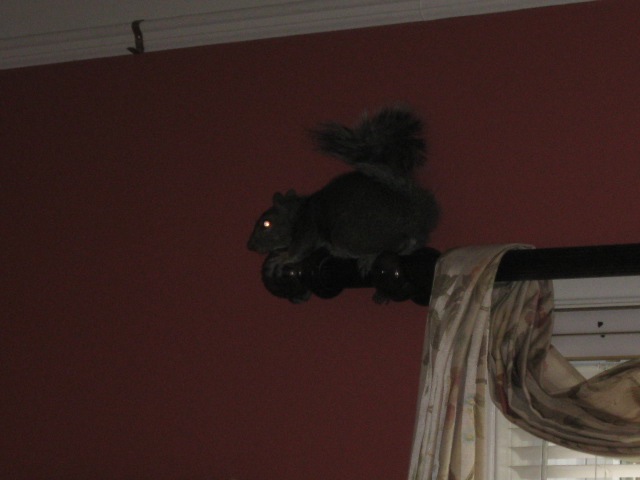