A call from a past client came in about loud banging noises coming from a crawlspace on the top floor. The homeowner had set traps for mice and apparently caught something larger. We entered the crawlspace with a trap, a net and safety gloves only to discover that a starling had its foot caught in one of the traps. It had then attempted to fly around and move causing the loud bangs as it dragged the trap with it. We removed the bird from the trap and set it in a larger one for removal.

Early one evening we responded to a call about a squirrel inside of a bedroom. Once on scene we found the homeowners armed with a broom. We entered the room and found the squirrel behind a night table. With a gloved hand the squirrel was grabbed and secured in a trap. It was then safely removed from the home and relocated. It was then determined that the squirrel had entered by way of an unprotected chimney.

A client said she had a squirrel. When we went into the attic we noticed quite a bit of droppings indicating that there was a squirrel infestation that had been there for a few years. We found some wires that had been chewed and some nesting areas. Multiple entry points were located. As a result we set up a trapping program and closed off all of the vulnerability. After all the squirrels were removed the home was proofed. 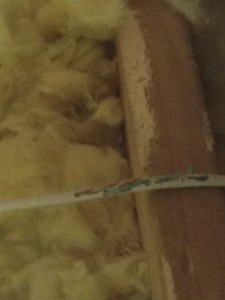 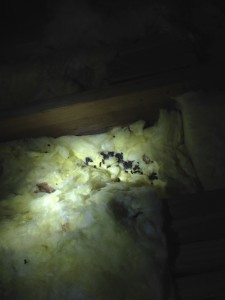 A client called complaining about raccoons causing severe damage to their lawn. The client had seen raccoons in her lawn but wasn’t sure if it was them causing the damage or some other wild animal. When we came out and performed our site assessment it was determined that raccoons were indeed the culprits. There were eating grubs and earthworms which were foraged by unrolling the sod that was planted a little over a year ago. A live trapping program was set up with numerous traps. Checking the traps daily a total of 14 raccoons and two opossums were captured and removed. Since the end of the program the lawn is no longer disturbed by raccoons foraging for food. 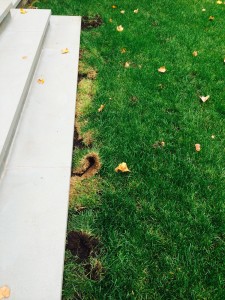 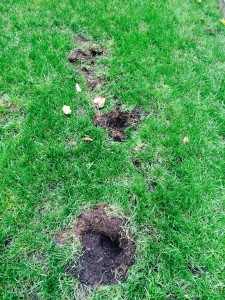 A client had multiple animal issues: woodchucks eating the vegetation and squirrels entering the house through a hole in the soffit. We used one way doors to exclude the squirrels from the house and three days later removed the doorways and closed off the holes. As for the woodchuck, we set a trap for it in front of its hole and after the first day successfully removed it. 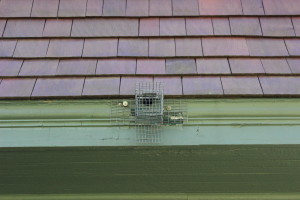 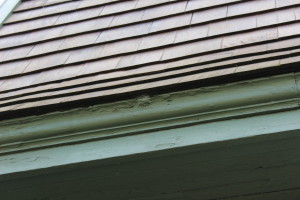